As one of the largest contractors in Europe and one of the longest established in the UK, BAM has been appointed following a competitive tender process led by the Department for Education, under its capital framework for schools in England.

It is now appointed to develop the current plot on Mauldeth Road West which is partly occupied by Greater Manchester Police dog unit and horse paddocks. Design has been led by Pozzoni Architecture which also has a long track record in the education sector.

Ewan Bell, BAM’s Project Manager, says: “Our first task is creating a new set of facilities for the police to migrate their units to, and then to begin the school programme in earnest.

“We’re greatly assisted in this by being able to conduct our own groundworks, drainage, and foundations – which are critical to this phase.

“We’ve also imported all the experience from creating these other schools within our team so it is perfectly placed to deliver outstanding facilities for the area.”

The new, inclusive CHS South building will ultimately house 1200 students and be equipped with state-of-the-art specialist equipment and facilities, to support students on their journey to become creative, happy and successful.

The building’s layout has also taken into consideration the local community’s ability to access facilities on site. The modern sports department has its own dedicated entrance for out of hours community use, while the auditorium and dance studio are all accessible at ground floor level.

The outdoor facilities include a full-size, all-weather sports pitch, four-court MUGA (multi-use gaming area) and 100m running track. The site’s potential as both a teaching and social resource will be maximised by including a performance area, kitchen garden and ecology study area.

With pupil safety in mind, local transport routes will be improved as part of the project, thanks to the creation of a pedestrian cycleway to the south of Mauldeth Road West, widening of the existing crossing point, pedestrian improvements at the junction of Alexandra Road South and Mauldeth Road South, as well as traffic regulation orders and speed warning signs on Mauldeth Road West.

Catherine Mulley, Director at Pozzoni Architecture, comments: “Chorlton High School South will play an important role in boosting the capacity of South Manchester’s secondary schools. Far more than that though, the school has been carefully designed to offer students a modern, engaging education - with indoor and outdoor facilities optimised to meet the needs of young people and the wider local community.

“We’ve chosen a mix of materials that will be both robust and low-maintenance for many years to come, which are key considerations in any Department for Education project. The simple colour palette, with its pleasantly contrasting light brick and dark panel facades, works well against the pink feature elements that reflect the school’s brand identity.”

BAM will also deliver its own M&E (mechanical and electrical) works. The plan is for facilities to be handed over in time for the opening date of the new academic year, 2021. BAM’s early works, being external, have made social distancing in the current pandemic conditions much easier than it would be at later stages, and the handover plans currently remain unchanged.

The site team have had to adapt to the new situation, some working from home whilst the remaining site team has taken on additional responsibility. A series of changes to the sequence have helped BAM to stay on programme and the team remains in close contact with the DfE.

Before social distancing was introduced the team made a positive start by planting 180 trees together with 27 volunteers including 11 from BAM. They worked so efficiently that the trees had all been planted by 10.30 in the morning, much to the surprise of the Friends of Chorlton Park. The planting volunteers were from BDP (building services, civil engineering and structure design consultants), WYG (planning consultants), Nexus Associates (ICT partner) and The Environment Partnership (ecology consultants). 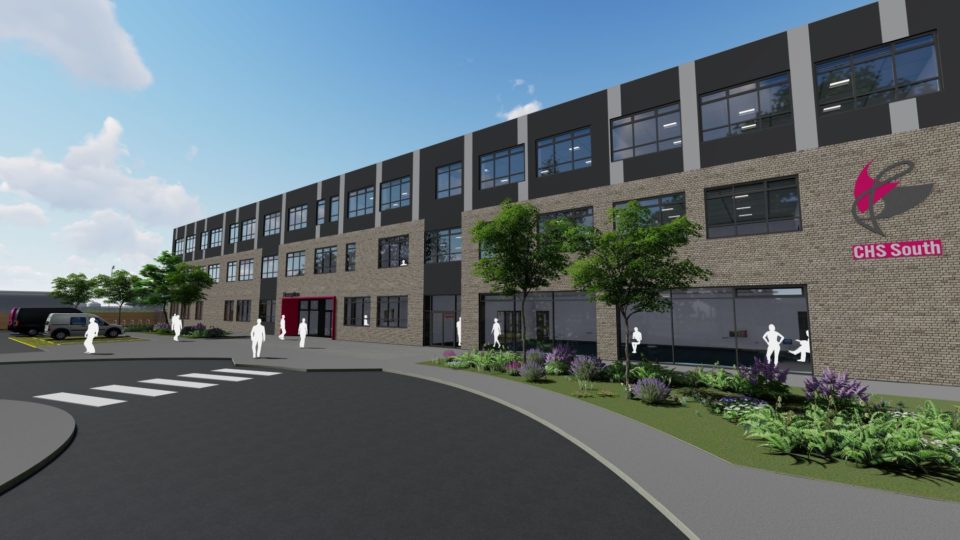 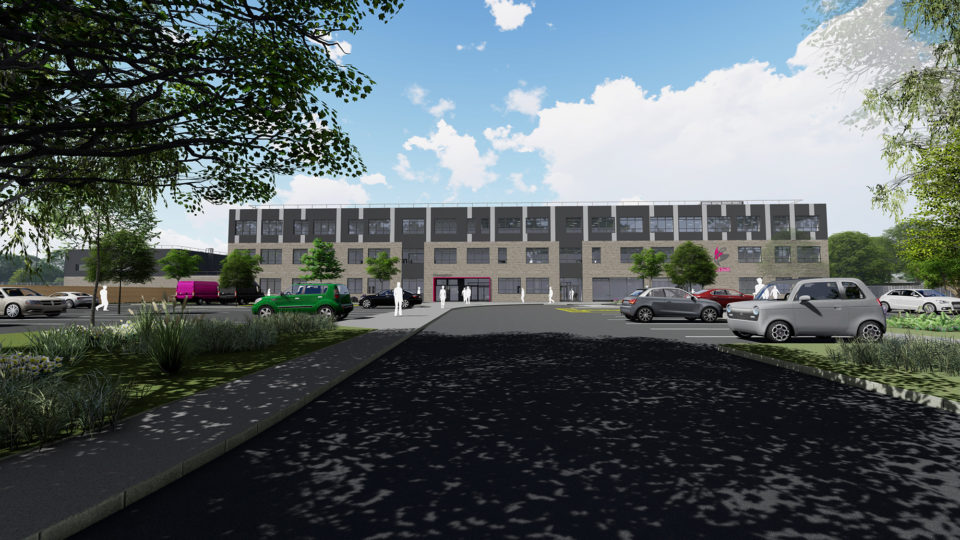 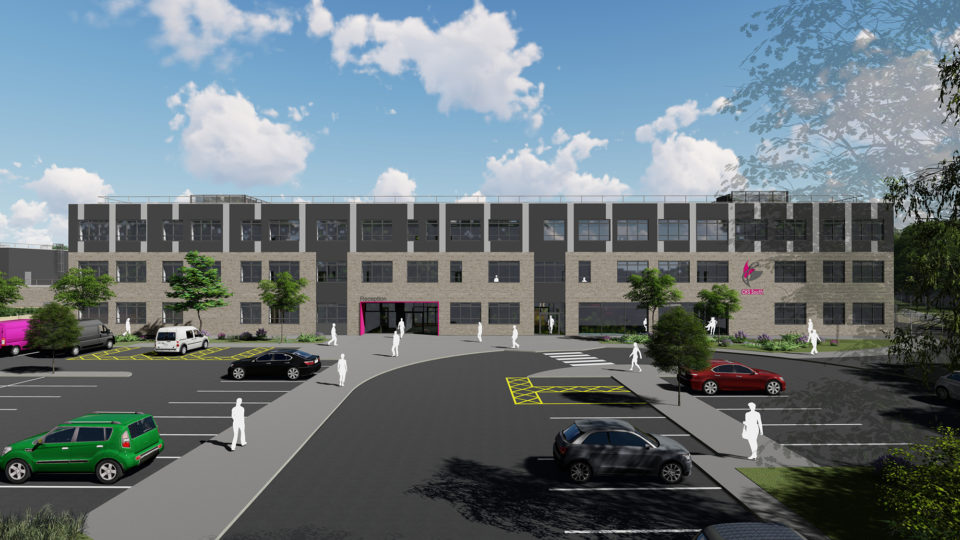 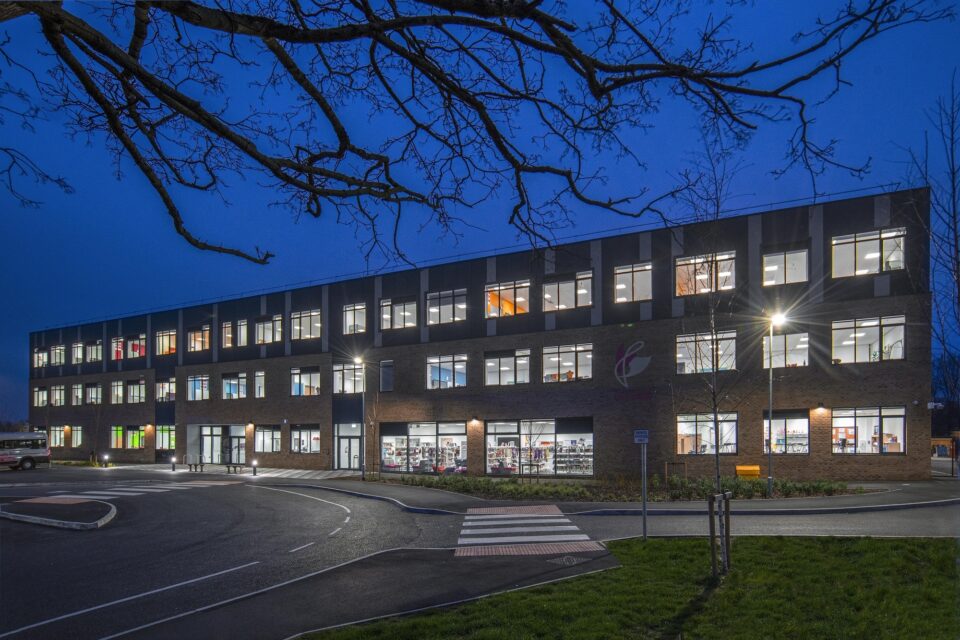